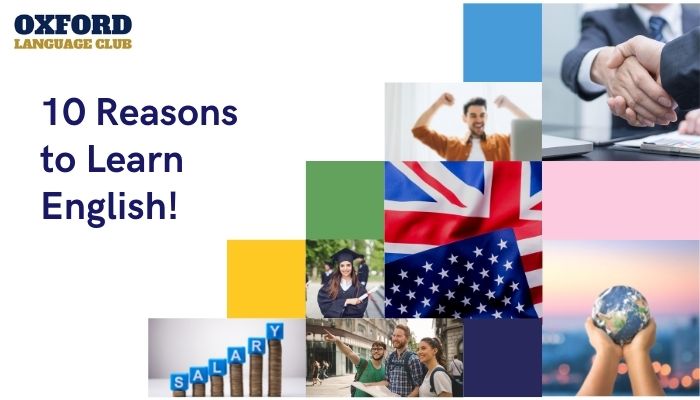 English may well serve as one of the most difficult languages in the world to learn; yet there are many reasons that English is equally one of the most powerful languages to harness. Here we present ten of the best.

Whilst Mandarin is the most spoken language in the world, it is English that is the most commonly used language by foreign speakers – making it the number one universal language that breaks down communication barriers. In fact, so common is it that a staggering one in five people can speak it!

English is certainly one of the most difficult languages to master, yet despite this, the English alphabet is far preferable (in terms of ease, at least) to the sign based alphabet of Mandarin.

3. THE OFFICIAL LANGUAGE OF THE UNITED STATES

Whilst China continues to threaten to overtake the USA in terms of technological innovation, it is the United States that remains the world leader (and that is notably home to the tech centre of Silicon Valley); and what do Americans speak? That’s right – English.

4. A GOOD OPTION FOR SCIENCE STUDENTS

For those hoping to enter the field of science there are few languages as useful as English to master.

There are around 400 million people worldwide who speak English – and this is a language that truly opens up doors of opportunity – both in terms of travel as well as job prospects.

6. THE LANGUAGE OF THE MEDIA INDUSTRY

English is considered to be the language of the media industry. If you can’t speak English then you’re going to miss out on a world of books, music and TV shows.

7. THE LANGUAGE OF THE INTERNET

Perhaps even more importantly than English defining the media world, it is also the language that defines the internet. Proportionally the majority of online websites are written in English – and if you can’t speak English you’ll be missing out on an entire chunk of the great information super highway.

8. THE LANGUAGE OF AVIATION AND TOURISM

Beyond Science and technology, English is also the language of aviation and tourism – and these four industries together mean that an English speaker’s employability is second to none. When you’ve mastered English, you’ve gained the potential to work for globally based multi-national companies – working remotely and travelling the world.

9. HAVE THE WORLD AT YOUR FEET

Due to the sheer scale of English speaking countries, when you choose to learn this language you literally have the world at your feet when it comes to choosing which country to study in (countries that actually amount to 53 in total).

10. IT IS AN ENJOYABLE EXPERIENCE

Learning English isn’t all about employability and business. The process of learning this language is very often an enjoyable experience. Not only that – but it’s also a way of learning about new cultures – and there may be few as diverse a collection of cultures than those who natively speak English.