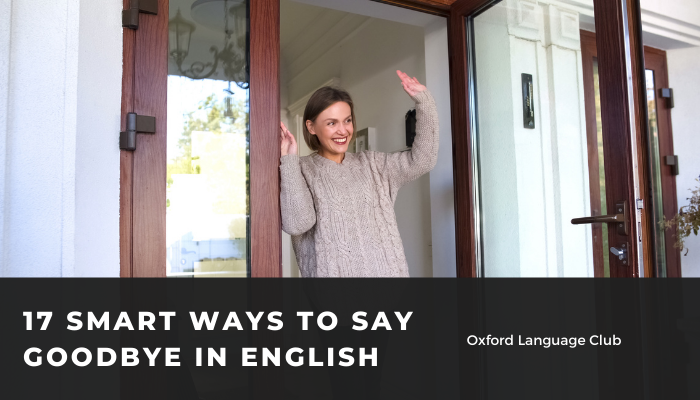 Want to take your boring “goodbye” and turn it into something friendlier or more interesting?

You’ve come to the right place.

Whether you’re an ESL student looking to speak more naturally with your English-speaking friends, or a business person looking to connect with your clients, we’ve got you covered.

Here are 17 English phrases and expressions you can say instead of just plain-old “goodbye.”

This is the standard goodbye. It’s short, simple, and you can say it to absolutely anyone. It’s appropriate for friends and family, as well as co-workers and business partners. Even if you use some of the other expressions on this list, you normally still say “bye” as well afterwards.

This sweet and babyish expression is usually only used when speaking to children. Occasionally, adults will say “bye bye” to each other, but only if they know each other quite well and they’re trying to be flirtatious or cute. You don’t want to say this to a colleague or business partner.

3. See you later, See you soon or Talk to you later

These are appropriate for anyone, from co-workers to friends. Often, we say one of these expressions before saying “bye”, because “bye” can sound a little short on its own.

These are a good expression to use when you’re ready to leave a social gathering. It would be rude to suddenly say “bye” and leave in the middle of a conversation. Saying “I’ve got to get going” lets people know that you’re ready to start saying “goodbye”. Depending on the situation, you might also briefly explain why you’re leaving. For example, you might say “I’ve got to get going. I have to wake up early tomorrow morning”. This expression acknowledges that you’ve enjoyed yourself and are reluctant to leave.

This expression is a more casual way of saying “have a nice day”. “Take it easy” is basically encouraging the person not to work too hard, and to take some time to relax. Keep in mind that “take it easy” is sometimes also said to an angry or irritated person, in which case it means “calm down”.

This is another informal way of letting people know that you’re ready to say goodbye. You might soften this phrase by saying something like “right then, I’m off” or “anyway, I’m off”. Using expressions like these before saying “I’m off” lets people know that you’re about to announce something. Again, you might also briefly explain why you’re leaving. For example, you could say “anyway, I’m off: I’ve got a busy day tomorrow”. It’s a relaxed way to say goodbye, and helps you depart smoothly.

Formal and Business Goodbyes in English

As strange as it seems, the word “goodbye” is rarely used to say goodbye. It sounds very formal and is typically only used if you are never going to see the person again. “Bye” is usually more appropriate, even in business situations.

These are pleasant, polite ways to say goodbye to someone you don’t know very well. You might say this to a co-worker, cashier or casual acquaintance. You can use almost any noun after “good” depending on the situation. For example, you might say “have a good vacation” if you’re saying goodbye to someone before he or she leaves for a holiday; or “have a good weekend” when saying goodbye to a colleague on Friday afternoon.

9. I look forward to our next meeting

This very formal expression is appropriate if you would like to continue doing business with someone. It lets the person know that although you’re saying goodbye now, you want to keep in contact with him or her. 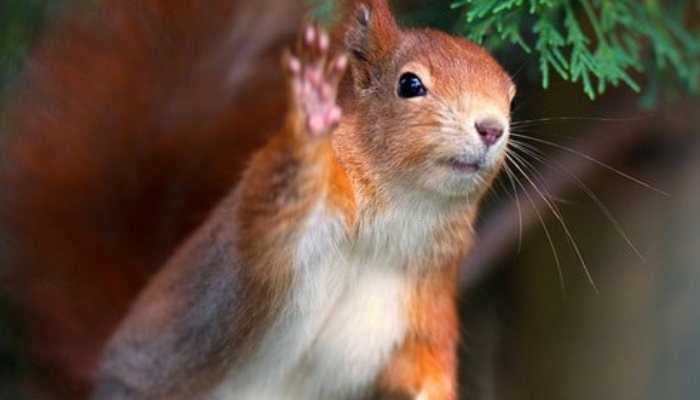 Take care can be used in professional situations, as well as more casual ones. It’s a warm, genuine-sounding expression that is usually received well by others. Keep in mind that you wouldn’t typically use this expression with someone you see every day. If you say “take care” as you say goodbye to someone, it usually means you’re not going to see him or her for at least a week or more.

This formal way of saying goodbye can only be used late in the evening when people are heading home for the night. Keep in mind that “good morning”, “good afternoon” and “good evening” are greeting expressions, and only “good night” can be used to say goodbye.

14. Later, Laters, or Catch you later

These are slang ways of saying “see you later” which are common among teenagers. They’re very casual and should only be used with people you know very well.

These casual ways of saying goodbye were very popular in the 1990s. Some people still use them today, but they can also sound a little out-dated. If it’s not an expression that you hear your friends using, then it’s probably best not to use it yourself.

This is a very casual way of letting people know that you’re leaving, which should only be used among friends. Using these expressions makes it sound like you’re happy to be leaving, so be careful how and when you say them. For example, a student might say “I’m out of here” to his friends after his last class, because he’s happy to be finished school and going home for the day.

17. I gotta jet, I gotta take off, I gotta hit the road or I gotta head out

There you have it! Feel free to play around with these different ways to say goodbye and see which ones you like the most.