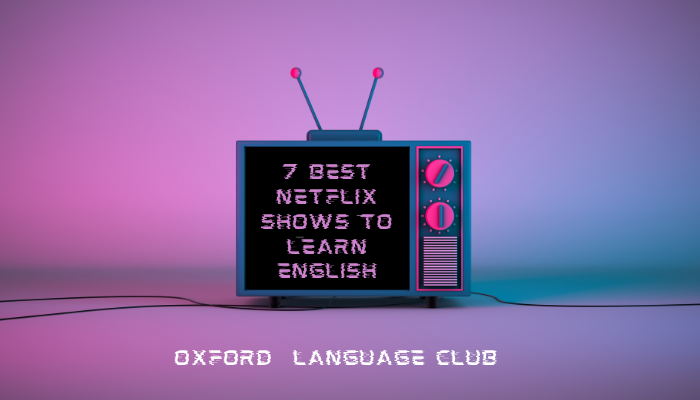 Learning English is difficult, but Netflix can make it fun! With so many options to choose from, it’s hard to know which show to start with. Fortunately, we’ve made a list of the 7 best series on Netflix to learn English.

I’ve included British and American TV series with different levels of English difficulty. All of my choices were filmed in the last few decades and use contemporary language. You can try speaking in old English, but you’d get weird looks.

I’ve included a few sitcoms (situational comedies), documentaries, and dramas with simple and modern language. Additionally, most of these series were nominated or won awards. This is another good reason to keep watching and learning!

Learn English With These Netflix Series

"Friends" is a well-known 90s sitcom about 6 best friends living in New York. You’ll be cheering on each character as they live and grow together through challenges in their 20s and 30s.

The language is simple, clear, and modern. Watching "Friends" is a great way to learn idioms or expressions, but you can still understand the show without knowing them. With 10 seasons available, you have a huge amount of learning material!

"Black Mirror" is a modern series that explores the dark side of society with technological innovation. Every episode is an independent story about a different issue, including social media, AI, drones, and brain implants.

Although the plot is intended to be confusing, it’s easy to understand the characters’ dialogue. If the vocabulary for an episode is too challenging, you can skip to the next episode without missing out.

The main character is a horse named BoJack, who’s a former movie star looking for happiness.

The witty humor involves a higher level of English comprehension. The writers often use rhymes and tongue twisters, which can be difficult for English learners to understand. However, you can still understand the plot without knowing the wordplay.

"Breaking Bad" is about chemistry teacher Walter White producing meth to fund his expensive medical care for his terminal illness.

The pronunciation is clear and the language is modern. The dialogue varies from simple discussions to complex scientific and business talk.

"Explained" is the first informational TV show on this list. Each episode focuses on a different topic, including diseases, drugs, coding, cults, and the stock market.

Most episodes provide simple explanations for complex topics, so anyone with a basic level of English can understand.

How I Met Your Mother

"How I Met Your Mother" is about Ted Mosby’s comical retelling of how he met the mother of his children. The series involves the adventures of Ted and his friends in New York, who have complicated and interconnected romantic lives.

The cast is a group of quirky characters, who speak clearly and use modern vocabulary. In fact, the show provided inspiration for many words and phrases that became internet memes.

"Our Planet" is a nature documentary about Earth’s diverse natural habitats. Each episode focuses on a different environment, such as jungles and the open ocean. This beautifully directed series won an Emmy!

The show is easy to follow and uses simple language. David Attenborough’s beautiful and clear narration also won an Emmy for the series. "Our Planet" offers a fantastic opportunity to increase your nature vocabulary.