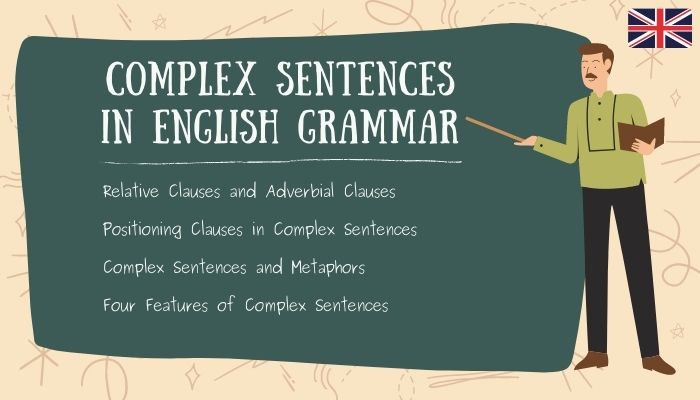 For an alternative definition, see Holger Diessel's remarks in Examples and Observations below.

• Martina laughed when her mother dropped a pie upside down on the floor.

• "Because he was so small, Stuart was often hard to find around the house."

• "I learned a valuable lesson about cheating after I changed a mark on my report card in the third grade."—"Making the Grade"

• "If a man does not keep pace with his companions, perhaps it is because he hears a different drummer."

• "He was like a cock who thought the sun had risen to hear him crow."

• "When my brother got his pants leg caught on the top of a high fence and hung upside down, weeping and muttering curses because his pants were newly torn and Mother would spank him for sure, no angel was with him."

• "The Scarecrow and the Tin Woodman stood up in a corner and kept quiet all night, although of course they could not sleep."

• "Although volume upon volume is written to prove slavery a very good thing, we never hear of the man who wishes to take the good of it by being a slave himself."—Abraham Lincoln, "Fragment on Slavery," July 1854

"A complex sentence has a main clause, and one or more subordinate clauses, which come in various kinds. One kind is a relative clause, as in the [bold] parts of ‘Jack knew the kid who shot Kennedy’. They can be piled up as in ‘Jack's the guy who shot the kid who killed Kennedy’...One more common kind of subordinate clause is an adverbial clause, often stating when, how, why, or if something happened, as in the [bold] parts of these sentences: ‘If John comes, I'm leaving’, or ‘He left because he felt ill’. None of the examples just given were particularly exotic, and they could all easily have occurred in conversational speech. All were, in a technical sense, complex sentences, because they contained subordinate clauses."

THE NEED FOR COMPLEX SENTENCES

"Most of the sentences we use in writing or in continuous speech are complex...There is a recurrent need to expound facts or concepts in greater elaboration than the structure of the simple sentence permits."

"Complex sentences can offer dramatic development, extending a metaphor, as Melville's Captain Ahab reminds us: 'The path to my fixed purpose is laid on iron rails, on which my soul is grooved to run.'"