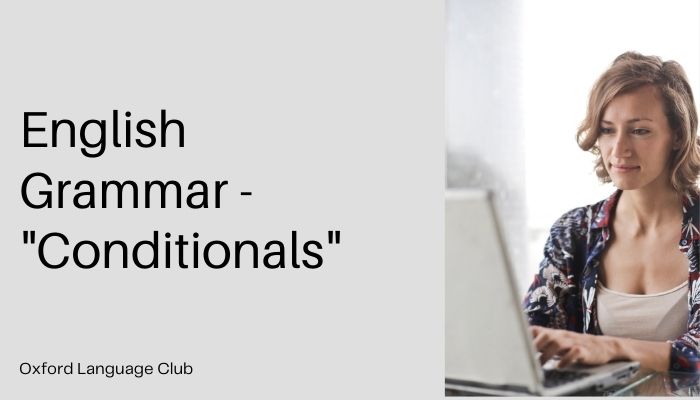 What are conditionals in English grammar?

Sometimes we call them 'if clauses'. They describe the result of something that might happen (in the present or future) or might have happened but didn't (in the past). They are made using different English verb tenses.

THERE ARE FOUR MAIN KINDS OF CONDITIONALS:

This conditional is used when the result will always happen. So, if water reaches 100 degrees, it always boils. It's a fact. I'm talking in general, not about one particular situation. The result of the 'if clause' is always the main clause.

The 'if' in this conditional can usually be replaced by 'when' without changing the meaning.

If people eat too much, they get fat.

If you touch a fire, you get burned.

If it rains tomorrow, we'll go to the cinema.

If I study today, I'll go to the party tonight.

If I have enough money, I'll buy some new shoes.

It has two uses.

If I met the Queen of England, I would say hello.

She would travel all over the world if she were rich.

Have a look at the examples:

If I had his number, I would call him. (I don't have his number now, so it's impossible for me to call him).

If I were you, I wouldn't go out with that man.

It talks about the past. It's used to describe a situation that didn't happen, and to imagine the result of this situation.

If she had studied, she would have passed the exam (but, really we know she didn't study and so she didn't pass).

If I hadn't eaten so much, I wouldn't have felt sick (but I did eat a lot, and so I did feel sick).

If we had taken a taxi, we wouldn't have missed the plane.

She wouldn't have been tired if she had gone to bed earlier.

She would have become a teacher if she had gone to university.