English is the Global Language! Learning it is Critical! 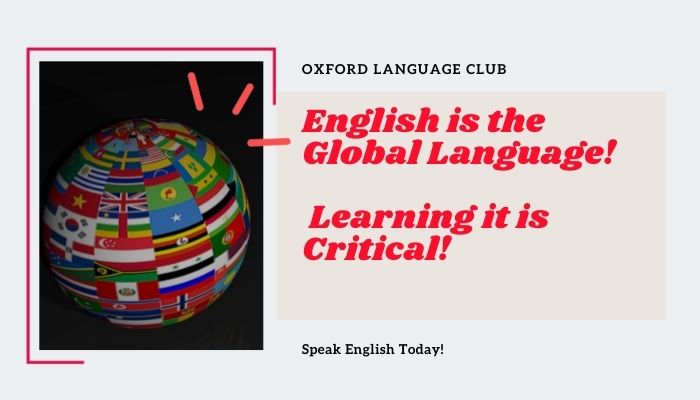 English is studied most often in the European Union, and the perception of the usefulness of foreign languages among Europeans is 67 per cent in favour of English ahead of 17 per cent for German and 16 per cent for French (as of 2012). Among some of the non-English-speaking EU countries, the following percentages of the adult population claimed to be able to converse in English in 2012: 90 per cent in the Netherlands, 89 per cent in Malta, 86 per cent in Sweden and Denmark, 73 per cent in Cyprus, Croatia, and Austria, 70 per cent in Finland, and over 50 per cent in Greece, Belgium, Luxembourg, Slovenia, and Germany. In 2012, excluding native speakers, 38 per cent of Europeans consider that they can speak English.

Books, magazines, and newspapers written in English are available in many countries around the world, and English is the most commonly used language in the sciences with Science Citation Index reporting as early as 1997 that 95% of its articles were written in English, even though only half of them came from authors in English-speaking countries.

In publishing, English literature predominates considerably with 28 per cent of all books published in the world and 30 per cent of web content in 2011 (down from 50 per cent in 2000).

This increasing use of the English language globally has had a large impact on many other languages, leading to language shift and even language death,[27] and to claims of linguistic imperialism. English itself has become more open to language shift as multiple regional varieties feed back into the language as a whole.

So, what’s stopping you from learning this global language? With Oxford Language Club and so many other English speakers around the world to practice with, there’s never been a better time to start learning English. Pick up a book, learn a few words, or even start a course today and take your first steps towards becoming one of nearly 800 million English speakers in the world.