Grammar. Either and neither 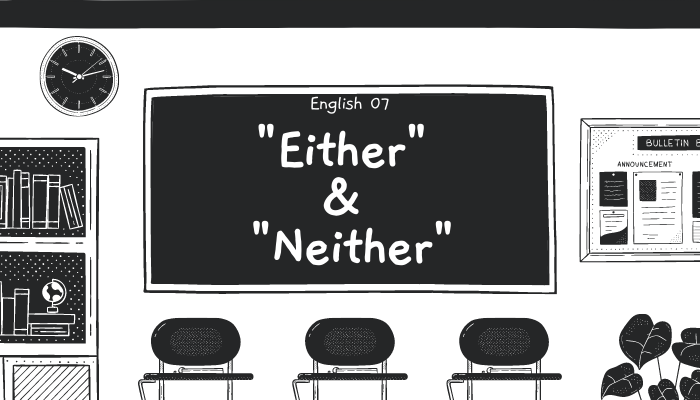 Different uses of "either" and "neither":

- I have never been to Spain.

- I haven't been there either. - I have also never been to Spain.

or Neither have I.

•  Either...Or ('one or another') is used in affirmative sentences to offer a choice between two possibilities, or to express a cause-effect relationship:

•  Neither...Nor ('not this one and not that one') is used in negative constructions:

Neither one nor the other. Not this one and not the other one.

"Either" and "neither" used on their own can also mean 'one or the other', 'whichever of the two' / 'not this one and not the other one', or 'not one of the two':

Neither of my daughters is single. Both my (two) daughters are married.

Remember: "neither" is conjugated in the singular:

Neither Kevin nor Philip is gay. Kevin is not gay. Philip is also not gay.