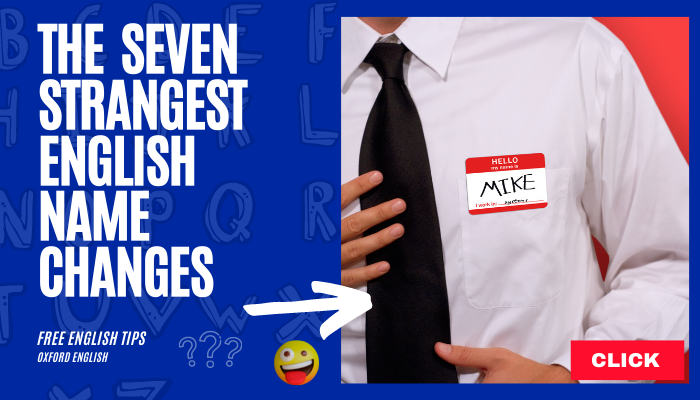 Jeffrey Drew Wilschke changed his name earlier this decade. Why? Here’s his explanation:

Doo-doo: “The struggle of our daily lives with that awareness, that with love comes chaos.”

Zopittybop-bop-bop: “The outcome of that struggle, which is often ironic, especially because all life ends in death.”

We told you it would be strange.

British man Daniel Knox-Hewson changed his name to have a great conversation starter with girls (and comic fans). Friends call him ‘Spiderman Gandalf Thrash’ for short.

Australian Hormis Daniel changed his name to hide from an ex-girlfriend with “unresolved issues”. Unfortunately, because it was his third name change (the maximum allowed in Australia), he’s now AHH forever. AHH!

Dan Tastic Glastonbury dresses up as Jesus every year at the UK festival Glastonbury, which he first visited 10 years ago. It changed his life (hence the name change). His talents include hula-hooping, juggling and magic.

Because it was cooler than his original name, Tyler Gold. He says, as an entrepreneur, name recognition is important and the new name is more recognizable.

George Garraet, a British teenager, wanted a “crazy” name. His Grandma was angry, but he didn’t care. Good for him.

Some of you may remember 90s RnB star Ginuwine, who rose to fame with his hit ‘Pony’. He was born Elgin Baylor Lumpkin.