The Best Films To Watch When Learning English 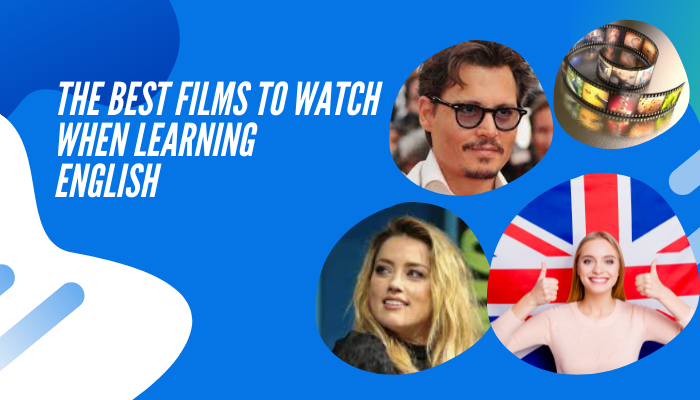 English must be one of the world’s most challenging languages to learn.

From grammar and punctuation to words that are full of inconsistencies and make no logical sense, trying to get to grips with the rules of the language is incredibly tricky. But there are tips and tricks that can make it less difficult.

We’ve included some of the best films to watch if you’re learning English, and these techniques are available for any language you want to learn.

What better way to learn English than with the King of England?

When the King’s Speech came out in 2010 it immediately became one of the biggest films of the year, starring Colin Firth as King George VI. The film follows King George as he tries to overcome a stutter before his first wartime radio broadcast. A ‘stutter’ is a speech problem when a person talks with repeated sounds or words.

This is a great movie to improve your British pronunciation because the whole film focuses on how to speak English correctly.

Harry Potter is one of England’s greatest national treasures. Everyone loves it!

The movies are about Harry Potter, a wizard, and all of his magical adventures. The Harry Potter films are a must-see if you are learning English! All of the main characters go to a magic school called Hogwarts. The wizarding world of Harry Potter has its own animals and history, and it uses language from basic English to magical words made up by author J.K. Rowling. Some of these nonsense words are even used by fans! For example, ‘muggle’, which is an insult meaning ‘someone who cannot perform magic’.

There are eight Harry Potter films which are based on the seven books by J.K. Rowling, but it is best to start with the first (Harry Potter and the Sorcerer’s Stone).

Love Actually is a ‘rom-com’, which is short for ‘romantic comedy’. A lot of people watch this movie in the winter because it is a Christmas film.

This movie looks at eight different stories set in London, all of which are about love. This means that it is good to help you learn English accents as there are lots of characters, including Liam Neeson with an Irish accent.

If you are a fan of romantic films, Love Actually is a great choice to help you learn English.

If you want to watch a classic film in English, try "The Shawshank Redemption". Many people see it as one of the best films ever made and it is famous for its “twist ending” (unexpected finale).

"The Shawshank Redemption" is based on a book by Stephen King, and it tells the story of a white, educated man who has been sentenced to life in prison for murder. Over twenty years, he makes friends with a black prisoner called Red, who is played by Morgan Freeman.

A struggling salesman takes custody of his son as he’s poised to begin a life-changing professional career.

An English man who always seems to be unlucky in love meets a woman and thinks his luck is changing. When they their paths cross again at a number of different weddings and one funeral, he really thinks she could be the one. Can they get past their differences and make it work? Watch this film for a romantic comedy and some British and American English!

Paddington is the heart-warming story of a (animated) bear who migrates from South America after an earthquake destroys his home in the Peruvian jungle. Eventually he arrives in London, where he is adopted by a family and begins to get accustomed to life in the big city. Watch this film for hilarious antics and a charming story suitable for all ages.