Word For The Day. "Rescue" 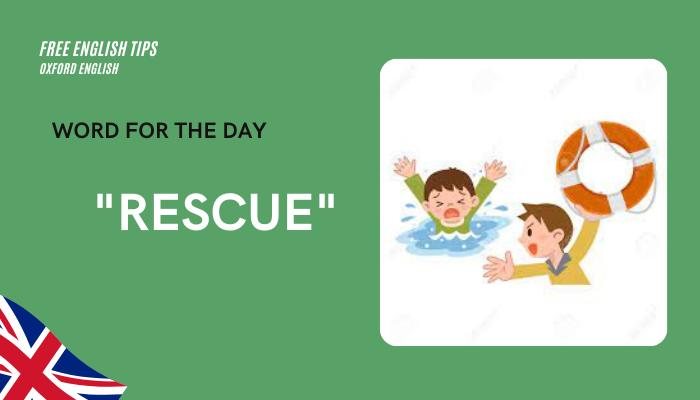 1. to free or deliver from confinement, danger, or difficulty:

The police were able to rescue the hostages in time.          She rescued me from an awkward conversation.
2. Law. to liberate or take by forcible or illegal means from lawful custody.

5. a group or organization that participates in such animal welfare activities:

6. a domestic animal adopted from an animal shelter or other animal welfare group:

Our new puppy is a rescue!

7. of or relating to someone or something trained or equipped to rescue:

The county's three certified rescue dogs and their handlers searched for earthquake survivors in the rubble.

8. of or relating to a domestic animal adopted or available for adoption from an animal shelter or other animal welfare group: