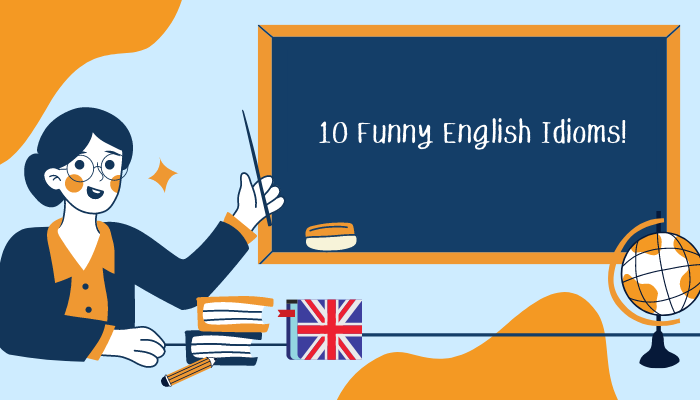 We get it, idioms are weird, and often have nothing to do with their literal meaning. But here is a list of ten of the funniest English idioms and how to use them!

1. The lights are on but nobody’s home – used to describe a stupid person

Example: She really has no clue- the lights are on but nobody’s home!

2. When pigs fly – about something that will never happen

Example: Yea, right! You will get Taylor Swift to ask you on a date when pigs fly!

Example: After the marathon, the runners pigged out at a dinner buffet.

5. Everything but the kitchen sink – almost everything has been included

Example: Maria was trying so hard to get the question right, she was throwing out everything but the kitchen sink!

6. To put a sock in it – to tell someone noisy to be quiet

Example: Jane was yelling while I was studying so I told her to put a sock in it.

7. To have a cast iron stomach – to have no problems eating or drinking anything

Example: I think I would be sick if I ate all that food, but Joe seems to have a cast iron stomach.

Example: The group at the bar seems to being having a party and you can tell he’s the birthday boy because he is drinking like a fish!

9. Use your loaf – use your head, think smart

Example: Come on Parker, use your loaf! I know you can solve this problem!