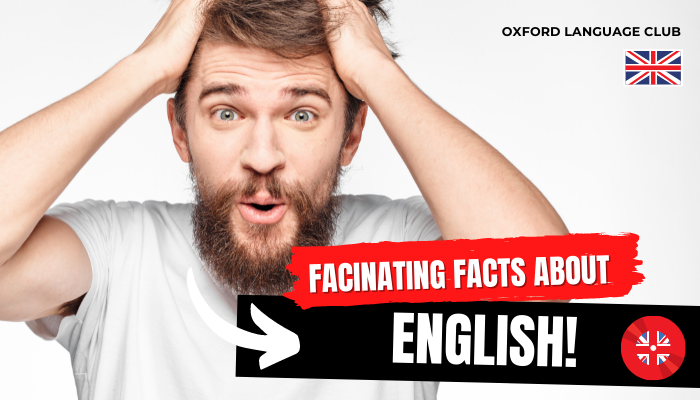 English is one of the most widely spoken languages in the world, and with the British Council estimating that 2 billion people will be learning it by 2020, that certainly looks set to continue. But how much do you know about the language? Here are 11 facts about English that you (probably) didn’t know.

1. English is the language of the skies

You might know that English is the language of many lands (it’s the official language of 67 countries) but did you know it’s the language of the skies, too? That’s right, English is spoken by all pilots to identify themselves on flights, regardless of where they are from – yet another way in which learning English improves employability, to join our examples in tourism and multinational companies.

We use the words ‘you’ and ‘me’ all the time, but which of the two do you think is the most widely used? You might be surprised to learn that while ‘you’ is the 18th most commonly used word in the English language; ‘me’ is way back at number 50. So what is the most used English word? Exactly that: ‘the’.

If you were to write out every number in order as words (e.g. one, two, three, four…) you wouldn’t use the letter ‘b’ until you reached one billion!

‘Subdermatoglyphic’ is the longest English word that can be written without repeating any letters. It has 17 letters in it, and it’s the medical name for the layer of skin beneath the fingertips. Slightly easier to guess the meaning of is the word ‘uncopyrightable’, which has 15 letters without any being repeated, and refers to something that can’t be copyrighted or owned.

5. Shakespeare was an architect of the English language

The legendary playwright was responsible for many of the things we say and write today. These include the words ‘fashionable’, ‘advertising’ and ‘laughable’, and the phrase ‘fight fire with fire’, which means to respond to attack with a similar form of attack.

6. New arrivals to the dictionary

A new word is added to the dictionary every two hours. The newest and strangest include ‘nerdjacking’ (to hijack a conversation with detailed explanations), ‘undorse’ (to reverse a policy) and ‘Mx’ (a gender-neutral form of address instead of using Mr or Ms).

You may know a ‘twerk’ to be a popular, thrusting dance but in the 16th century ‘twirk’ (spelt with an ‘i’ not an ‘e’) meant ‘to twist the hairs of a moustache’.

8. The origins of English

‘Go.’ is the shortest grammatically correct sentence in English.

10. The enemies of poets

There are no words in English that rhyme perfectly with ‘month’, ‘orange’, ‘silver’ or ‘purple’.

The longest word in English with its letters in alphabetical order is ‘aegilops’, which is a type of plant.