Talking About the News in English 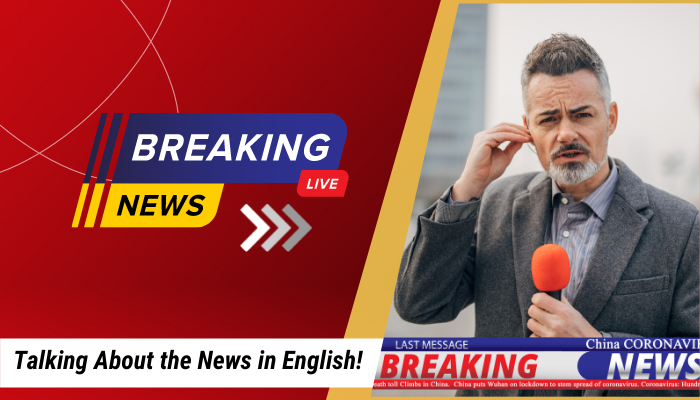 We often talk and comment about the news in conversation with other people. Here are some English phrases you can use to refer to the news and to give your opinion about how it’s reported.

Have you seen the story about…?

Have you heard about the guy who…?

Did you read the story of…?

The paper’s reporting a story about…

Wait til you hear this!

I can’t believe this…

You’ll never believe it, but…

In both newspapers and on TV news, headlines in English are frequently in a present tense. This is because we consider the news to be happening almost now.

“A man has died in a house fire caused by a faulty gas oven.” (Announcement on TV news.)

When we comment on the news, we also often use a present tense, such as the present perfect.

They’ve just said on the news that…

Remember: when we give more detail about the story, we move to past tenses and reported speech:

They’ve just said that a man was killed in a house fire. Apparently it started when … The fire brigade said that the man had bought the gas oven from …

If we have a negative opinion of how the news is reported, we can say:

They should check their facts!

They shouldn’t be allowed to say / write things like this!

You shouldn’t believe everything you read in the paper!

If we have a positive opinion, we can use adjectives like well-balanced, fair (reporting), objective, impartial, or in-depth.

“The World Today” usually has well-balanced coverage of the news.

There’s some very fair reporting about the protests.

This is a really in-depth article about the economy.

Useful verbs to talk about the news

to report (to report a story, to report that…)

to go on the record as saying (to say something publicly)

to be off the record (to not be “official”)

to publish (publish findings, publish the results of a survey, publish financial results)

to publicise (make something public, often to increase awareness – publicise the risks, publicise a new film)