How to Improve Accent 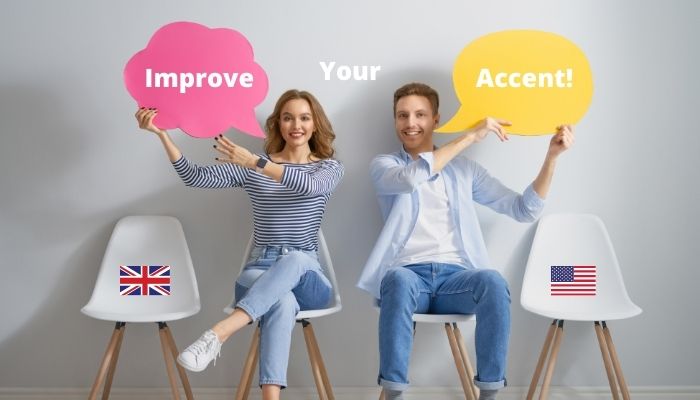 It can be frustrating to feel like you are making progress in the language you’re learning and memorizing vocabulary and phrases but still speak with a noticeable accent. So, we are going to explore a few different tips and techniques that will help you improve your accent so you can start to sound more like a native.

First, what are some things that can give you away, especially when you are overseas on vacation or trying to communicate with a native speaker of the language you are learning?

Some of the most obvious indicators include:

• Your pronunciation of certain letters such as ‘r’;

• The way you stress vowels and consonants;

You can begin to get a better idea of what areas you need to work on by understanding the most common weaknesses in pronunciation and intonation. And you’ll be able to sound more like a native each time you speak by practicing some of the following tips and techniques.

It can take years to fully eliminate an accent but with practice you can definitely chip away at those areas that can really make you stand out. Let’s get started!

The correct pronunciation of words in a foreign language will help you sound more like a native – easy right? Well, some might take incorrect pronunciation as a lack of effort to learn the nuances of a language but the fact of the matter is that many sounds that are common in some languages just don’t exist in others like English.

For example, the pronunciation of the letter ‘r’ in Portuguese, ‘u’ in French, the throaty ‘j’ in European Spanish, and the tricky ‘rr’ are common in some languages but not in others. This can make them difficult to pronounce but certainly not impossible to master with a little extra practice and focus.

There are many components that make up your accent including intonation and you will have to adjust the way you pronounce certain letters or words when speaking in the language you are learning.

One of the best ways to practice this is by listening. In doing this you are essentially training your ear to understand the musicality of a language and what it should sound like.

PAY ATTENTION TO VOWELS AND CONSONANTS

The degree to which vowels and consonants are stressed varies depending on language, dialect and even regional accent. Clearly pronouncing each consonant is very common in some languages or dialects like English but many Latin languages will pronounce both consonants and vowels equally, making the language more phonetic, like Spanish.

This adjustment tends to be among the most difficult for language-learners but one of the best ways to overcome this is to listen, as we mentioned above, and then record yourself. It’s easier to identify your mistakes when you hear playback of your voice and your pronunciation.

Finally, one of the most significant things that will help you improve your accent and sound like a native is to become confident in your speaking. The more you speak with other people in the language you are learning, the more confident you will become in your progress and ability to significantly reduce your accent.

And even if reducing your accent is something that is very important to you, the more you speak, the more you may feel that having an accent is not such a bad thing. So long as you are understood, an accent can even be an attractive feature of your speaking a foreign language.