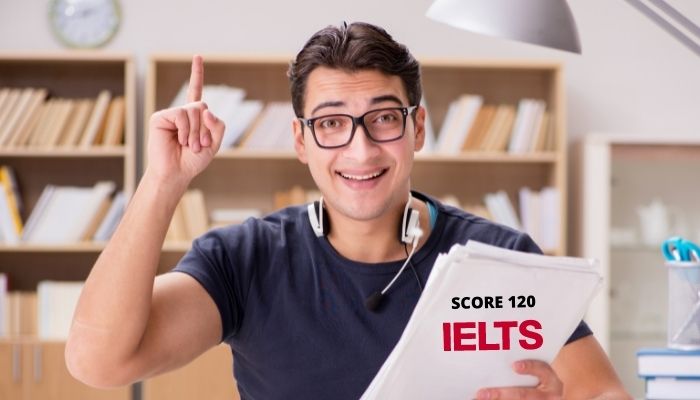 So what are the fears about? Well, some factors ramble into the student’s mind like:

1) Would I be able to listen and understand the audio clips of ‘Native-English Speakers’, which is rather easier for the native English speakers, but tough for me?

2) What If I miss a few words or a question during listening to the audio?

3) How friendly would be the examiner during the ‘Speaking Test’?

4) Would I be able to communicate properly with the examiner during the ‘Speaking Test’?

5) Would I be able to impress the examiner with the range of my vocabulary during the speaking test?

6) What if I become nervous during the speaking test and stammer?

7) Would I be able to complete the ‘Reading Test’ within time?

8) The writing is known to be the toughest of all. Would I be able to write on completely unknown topics?

Students/Candidates are suggested not to get under the grip of fear, the more tensed on is, the more prone to commit mistakes he is.

A candidate who panics is sure to make mistakes. In reality, candidates get panicked because the IELTS / TOEFL is not just another conventional exam. It is a totally different form of the exam to gauge a candidate’s ultimate proficiency in all forms of the English language.

For example, in many non-English speaking countries, the English language is taught in schools or colleges is the ‘British English’. But in the case of the IELTS, if a candidate is heading for a north American country, he should be familiar with the north American accent and style. That is, In the listening and the speaking tests, he would be judged by how proficient he is in the ‘North American’ English. Similarly, a native speaker from the USA if wants to go to the U.K., he would have to listen, speak and write in British English.

Considering the toughness and the pattern of the exam there are reasons for a candidate to get afraid of, but only when he is not geared up with the actual test contexts. A serious candidate should start his preparation at least two months before the exam date. But in the case of a candidate who is not from an English medium from a non-English speaking country, the preparation should even earlier. First of all, a candidate who is weak in English, listen, speak, read and write a lot for his basic preparation. Doing all these under the guidance of an expert English tutor is a must.

Hopefully, a candidate, weak in English should take 3-4 months of extensive study for coming to a level from where he can think of starting his IELTS / TOEFL preparation. Another two months of prudent and sincere practice under the guidance of an expert IELTS / TOEFL teacher or a reputed IELTS / TOEFL coaching center is a must for an aspiring candidate for achieving a good band Score of 7+.

It is found often that even a very well prepared candidate breaks down in the exam hall. So the obvious question comes to mind, ‘How to get rid of the fear factors’.

There is no one size fits all suggestion, rather general suggestion can be provided which is applicable to any candidate. First of all, a candidate should know about himself whether he is a nervous one or not. If he is a nervous person by nature, then he should work extra hard to be able to shrug off his nervousness, whatever the situation may be. Getting nervous easily and panicking is all about mindset, which has to be changed by lots of practice and focusing on the areas which make one nervous.

As a general solution for getting rid of fear in the exam hall, we can suggest:

1) Focus on your weak areas right from day 1, when you start your preparation and develop on those areas.

2) Right from day 1 be mentally prepared that you might have to a deal with a lot of unknown topics.

3) Get admitted to a ‘Professional IELTS / TOEFL coaching center as they would take quite a few mock tests, which will gradually boost your confidence level. Because the mock tests replicate the real exam, you would get accustomed with unknown topics.

4) Practice right from the beginning not to panic in the exam hall, if required have a counseling with a specialized counselor.

5) Think of your strong areas also to gather courage. Each and every person has some strong and some weak areas, you are not the one and only person with some weak areas.

6) Focussing on your strong areas and making them stronger would emphatically ensure you scoring higher marks in the test.

7) Sought out what makes you afraid in the exam hall. Unknown questions? Fear of losing concentration? Fear of failure? Or something else? If by rigid practice you can overcome the fear factors, its’ okay, otherwise you need to visit a psychiatrist, as these are mental problems which can be healed by counseling or by medication.

8) Take the mock tests more seriously, assume that you are facing real tests, it would help you a lot to become a cool customer.

9) Take a chunk of Cadbury chocolate, it would stimulate your nerves and make you stay positive.

Whatever is said ‘A nervous person’ would become nervous, some persons suffer from a strange sort ‘Exam phobia’, they will suffer and panic. Thus, it’s not going to happen overnight, that a nervous person turns out a brave one with no tension in mind, a panicky guy would not become fearless overnight. What candidates should do right from the start of preparation that they should inform their teachers about their problems, to get help from them towards getting rid of the problems. Also, one should do a self-analysis, ask yourself why should you be nervous or panicked. When you know very well that getting under the grip of fear would make you commit a mistake, deviate your concentration and eventually make you a loser.

So right from the word go a candidate should work on his weak areas and try to shrug off fear perpetually. Practicing a lot and getting assessed by the teachers would be highly beneficial. Above all practice, practice and more practice, be confident and be mentally prepared to handle any situation with a fearless mind.