Word For The Day. "Prodigy" 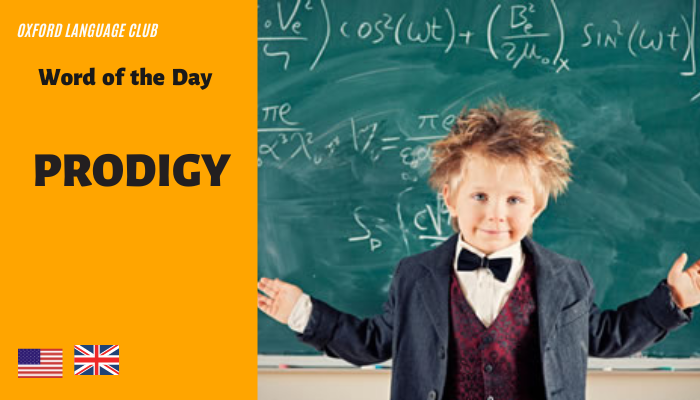 1. a person, especially a child or young person, having extraordinary talent or ability;

3. a marvelous example (usually followed by "of");

4. something wonderful or marvelous; a wonder;

5. something abnormal or monstrous.

He was a child prodigy at the piano.Se was the one who told me that he was a child prodigy.
He was at the defining moment of a career that had taken him from teenage prodigy to the verge of golfing immortality. He read in the paper about a mathematical prodigy who was attending college at the age of twelve.